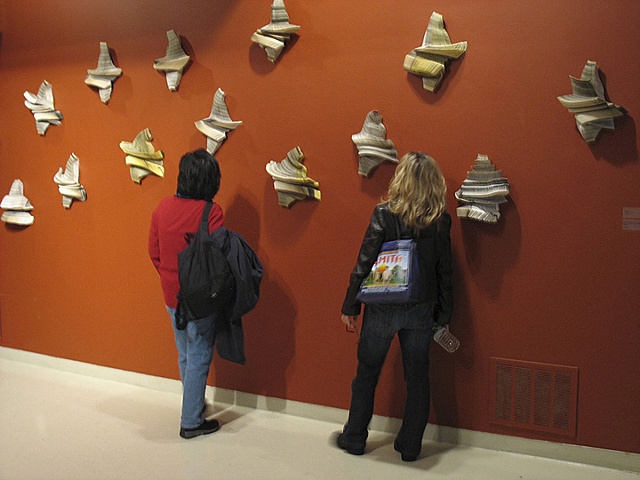 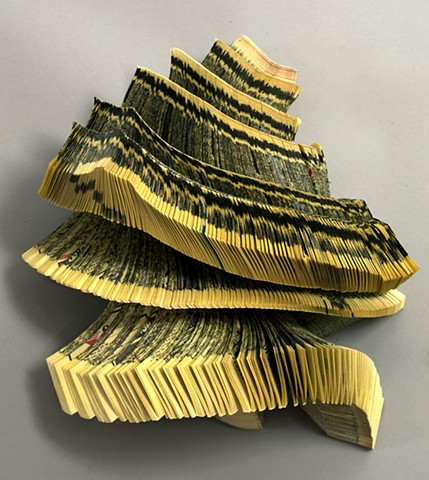 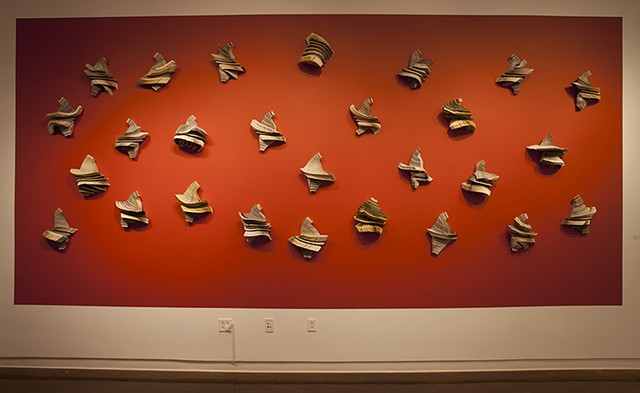 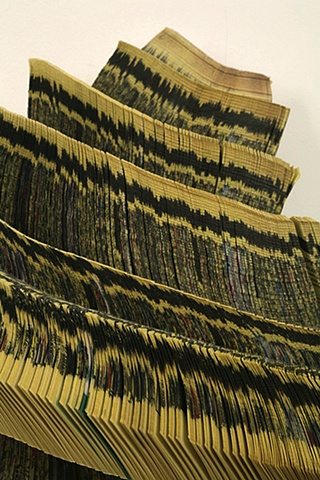 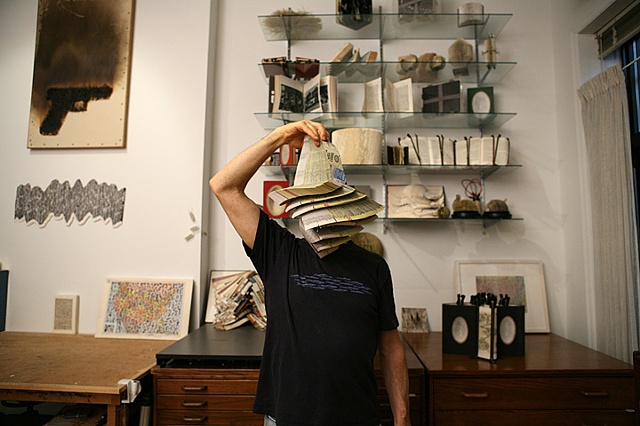 Selected pages from metropolitan phone books are cut away, rendering them limp and flexible like bands of soft fabric. Hung across a wall, the resulting forms appear to float across a horizontal plane, resembling a flock of birds buffeted by a hurricane or a tornado spinning out of control. If imagined in stasis rather than motion, the altered books with their page strips twisted into fixed positions resemble circus contortionists or toys transformed into fantastic architectural shapes. But beyond their physical turmoil and torque, these forms evoke a metaphoric association with the “twisting” of language itself and how, on and beyond the telephone, as well as in and out of books, language can be used to distort human communication, warping entire communities with its skewed motives.

Large portions of a text block, with thousands of residential and business names, from both White and Yellow Pages of a metropolitan phone book are cut away. Parts of it are selectively removed, allowing the spine to be flexible, making it easy to manipulate, by physically twisting or contorting the book into different shapes. When a number of phone books are seen in an installation, the chunky white and yellow books with black calligraphic like script appear to be floating across a vertical plane. They seem to be frozen in time as if a still photograph was taken of the books. Each book resembles a bird flying off balance caught in mid air, a humorous wizard’s hat or tornado called ‘twisters’ spinning out of control.