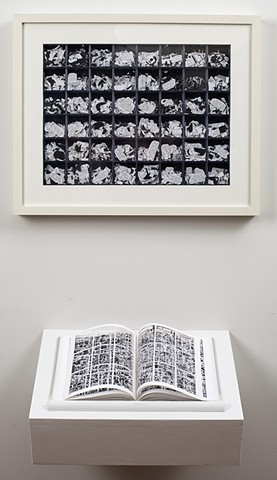 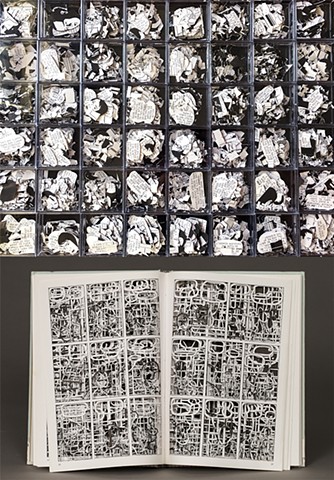 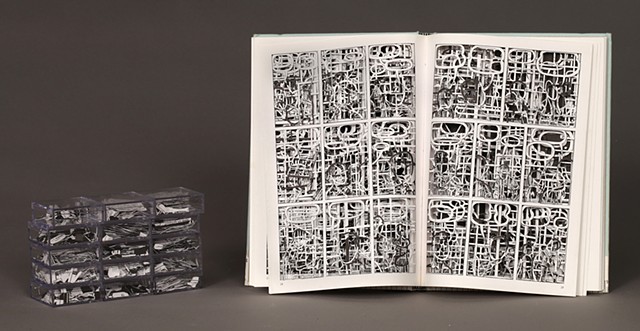 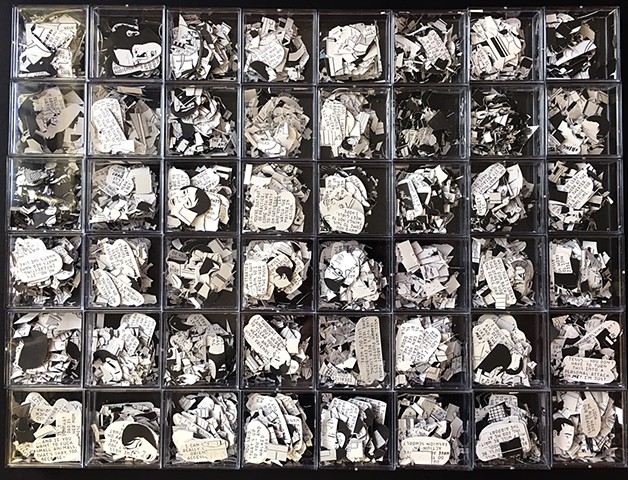 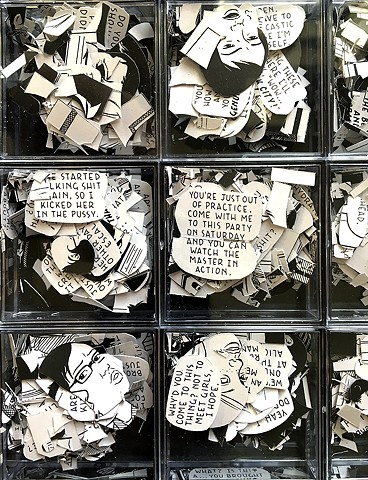 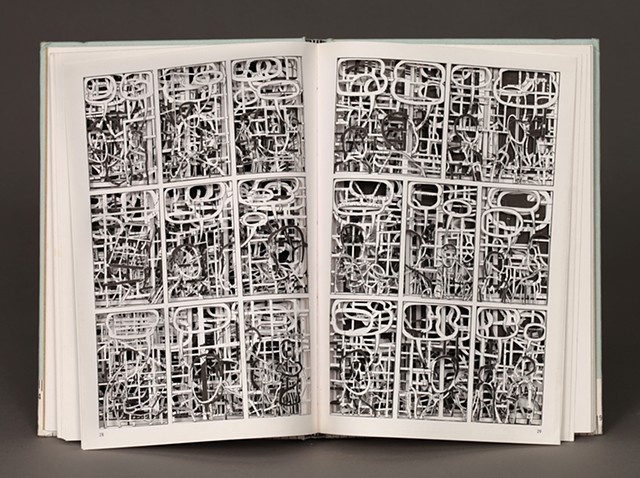 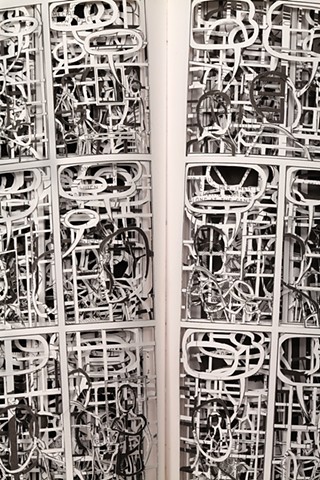 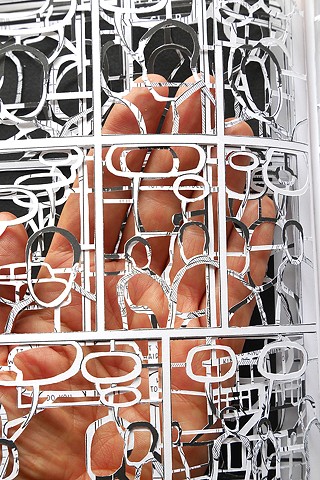 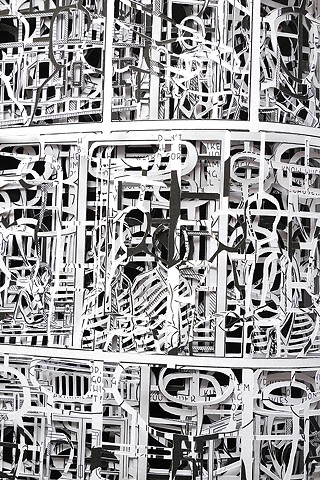 ‘Shortcomings’ is the original title of the graphic novel by cartoonist Adrian Tomine. It was published by Drawn and Quarterly in Montreal, Canada in 2007. The genre of this art form with seven to nine cells per page, in a gridded format, is drawn in black and white with ‘speech bubbles’ floating overhead the characters in the book. Cut Shortcomings is the removal and outlining of the drawings and speech bubbles using an a surgical knife. The recto/verso sides are almost identical in cell structure, with some variation. Regardless, on one side the viewer can trace the original image and on the opposite side sees the same image but in an arbitrary framework. Reducing the content to line drawings, the pages become veiled layers, a dissected essence of the story the brain comprehends as both linear and abstract. Between the two, narrative and abstraction, invites the viewer to literally read between the lines and pages.

Along with the meticulously cut windows are four-eight clear acrylic boxes in a 16 x 20 x 2 inch frame. Each box holds all of the detritus, cut parts or redacted bits removed from the graphic novel. The chaotic collection of puzzle-like fragments in the boxes corresponds to the respective layered pages. Repurposing the incisions suggests that someone, who is equally as obsessive as the artist to remove the bits, might replace them to their original site, like a jigsaw puzzle or interactive digital format. Firstly, the displacement then secondly, the replacement of bits completes the cyclical actions. The unending conversation, a repurposing ontop of repurposing, potentially a collaboration between the artist and someone else; the artwork is a verb rather than a noun.