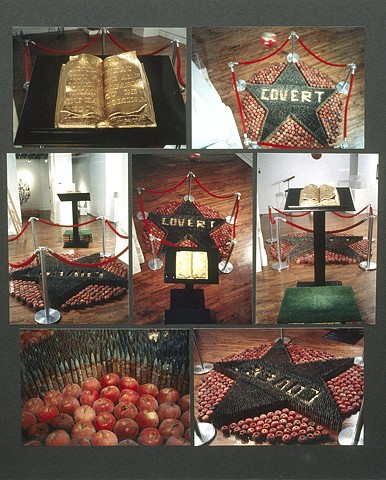 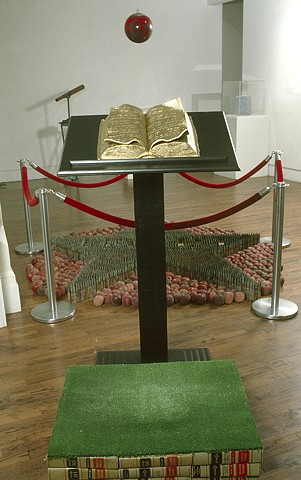 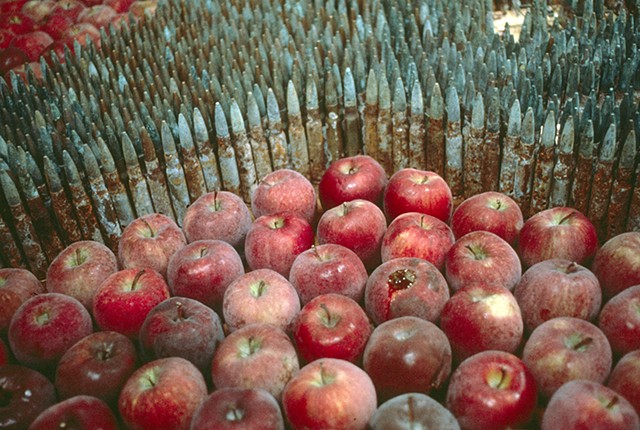 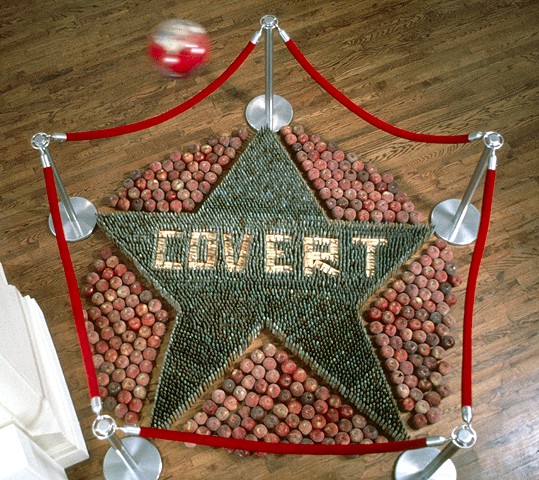 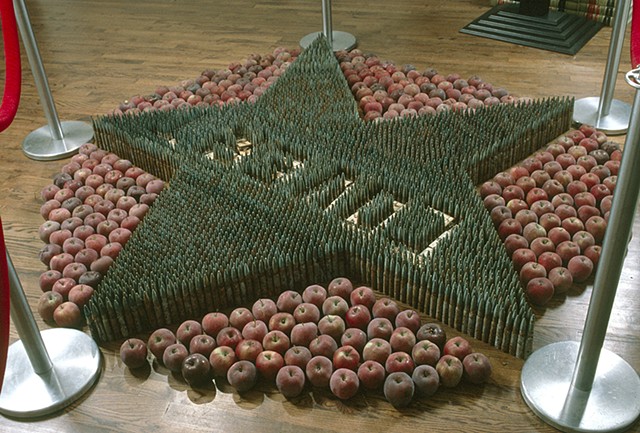 As viewers enter a dimly lit room they hear a recorded tape loop of simultaneous sounds of footsteps along an empty corridor, a heavy metal door opening and closing, bombs exploding in the distance, people groaning as if they are being tortured, a paper shredder constantly slicing paper, two men whispering to each other about covert activities and the intense crunching sounds of insects devouring their food. Walking towards the center of the room, viewers see a diorama set up as if it’s a memorial sculpture. M-2 machine gun bullets are lined-up like soldiers in the shape of a five-pointed star. In the middle of the star are fifty mousetraps that spell the word C-O-V-E-R-T. In between the points of the star are approximately three hundred red delicious apples. Suspended seven feet above the apples and bullets is a red bowling ball. On the floor, eight feet away and surrounding the apples and bullets are five aluminum stanchions with four plush red cords that gracefully drape down between the stands. In front of the opening is a black podium that supports a golden ceramic book. In order to read the inscription, viewers step onto a patch of green Astroturf supported by a stack of Federal Law books. The anonymous quote says, “LET US REJOICE NOT SO MUCH IN WHAT WE HAVE BECOME BUT IN WHAT WE ARE CAPABLE OF BECOMING.”