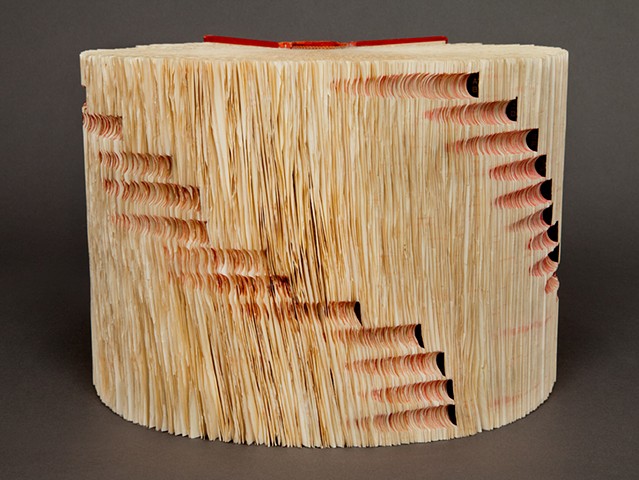 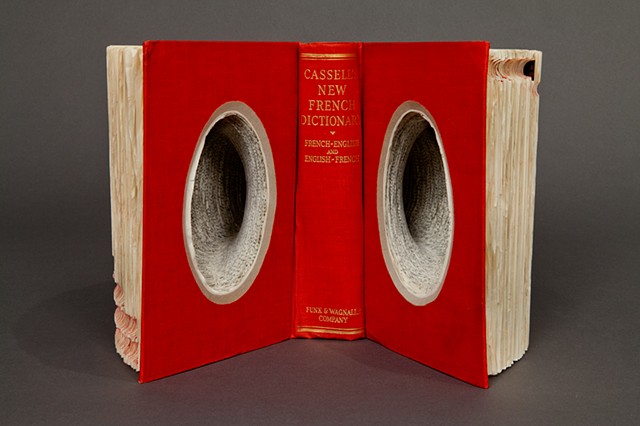 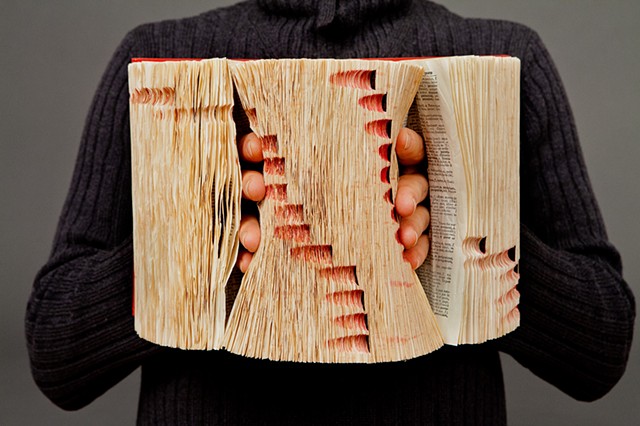 There are two contradictory actions creating the piece, the crumpling and straightening of each page. I repeated this dual action throughout the body of the book until all pages were blemished. My attempts to restore each crumpled page to its original pristine form were impossible. The unforgiving nature of the delicate paper forever damaged retains the memory of past actions. The red elongated indicies in the white crumpled pages appear to be gouged out sections of the book as if the book is bleeding. In the front cover of the book, two oval shaped holes penetrates the text block, where each hand can reach inside and the reader can support and wear the book as an article of clothing like a winter muff.

From a formal aspect, I chose the book for its white color, thin paper stock and red alphabetical indices. When the paper is crumpled, then straightened, the permanently misshapen pages resemble, for example, the round ruffled collars worn by women, specifically, in Rembrandt's painting Portrait of a Woman. The oval openings on both sides of the outer covers also references the 1994 Channel Tunnel between Folkestone in England and Calais in France. The causeway unites the two countries as European Union members. However, one page separates the differences in language, an enduring metaphorical barrier between the two cultures.