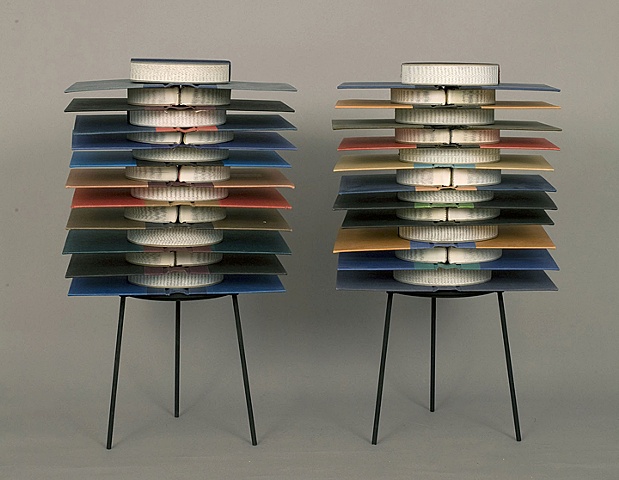 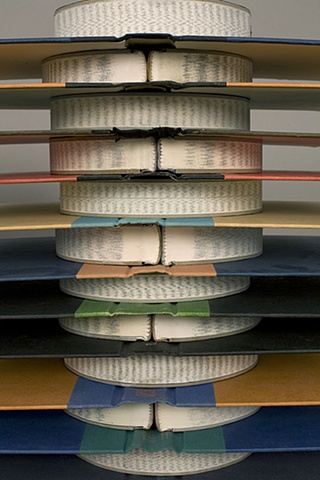 Two columns of books emulate New York City’s, World Trade Center Twin Towers that were destroyed on 9/11 by terrorists in 2001. The various volumes of book titles represent the diversity of people and ideologies that might have been found within the office building on the day of the attack. The books precariously sit on top of two metal rings with steel legs. The circular core of books references the internal structure of the Twin Towers that toppled when the planes crashed into them.

Garrett Stewart of the University of Iowa, who is a writer and critic describes Twin Towers,

“New York’s own iconic paired skyscrapers, ghosts of a lost time, are reproduced not just by allusion but by name in a 2007 bookwork, Twin Towers, that piles up appropriated volumes in adjacent stacks hovering precariously on wire bases. These are books selected in their disparate cultural subject matter to sample the mix of ethnicities and backgrounds once distilled in the workforce of this so-called World Trade Center: the office high-rise as the new Tower of cosmopolitan Babel.”