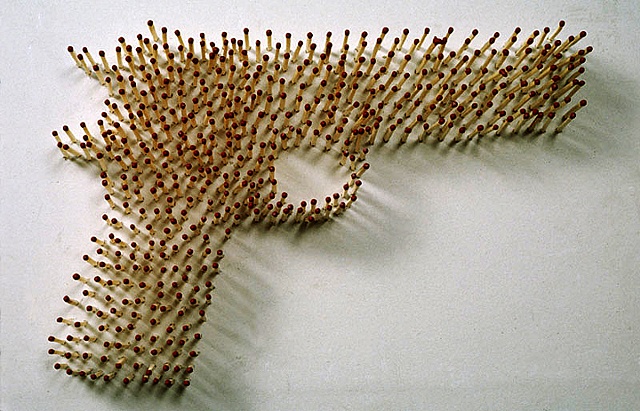 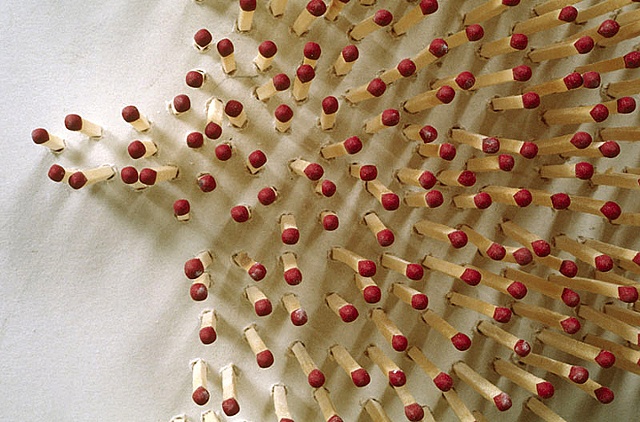 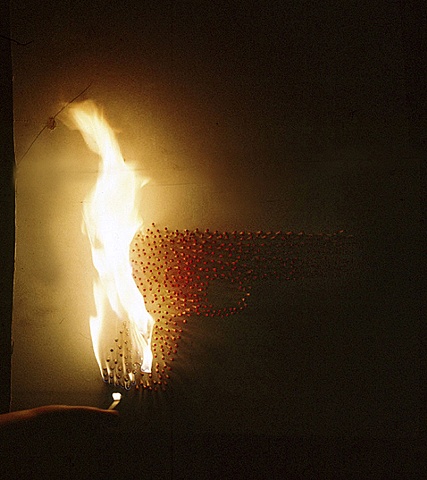 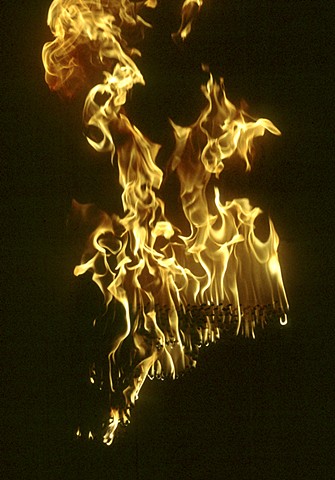 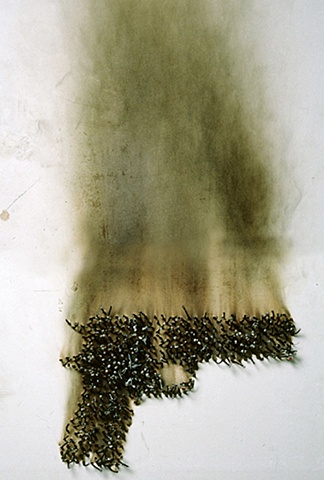 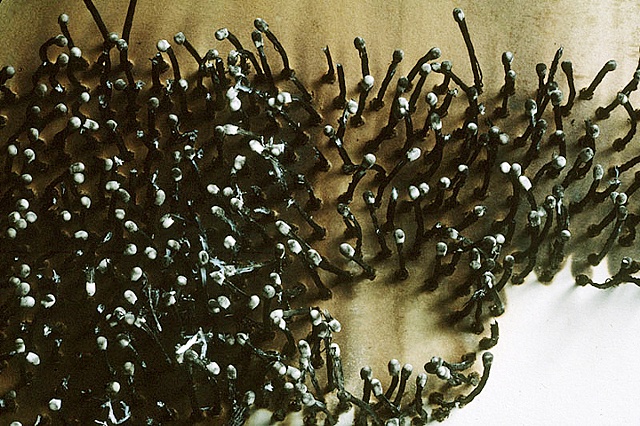 A number of wooden match sticks are arranged in the shape of a gun and placed on top of a white surface, such as an outside wall or span of sheet rock. When the corner match is lit, the entire bunch of matches rapidly ignites into an orange flame. As the fire burns against the wall board, it deposits a carbon residue which lingers as an eerie reminder long after the flames have died out, their source mostly consumed. The residue creates an unpredictable yet permanent drawing on the board, a shadow of the ignition that triggered it.

Another element of this piece is a video loop featuring the same configuration of smoldering matches. The recording is projected directly upon the actual matches, allowing the viewer a simultaneous--yet visually confusing--double image of the smoking gun as it ignites, flames, turns to cinders, and leaves its blackening trace.. The continuously-playing two minute tape is suggestive of a crime that is endlessly perpetuated, always finding fresh fuel for its violence.