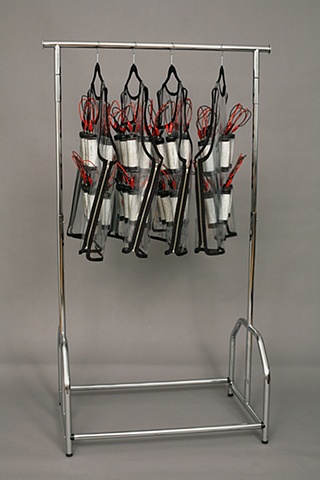 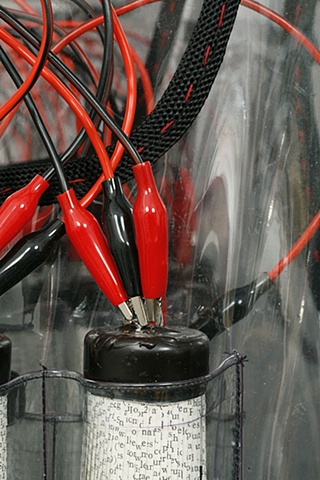 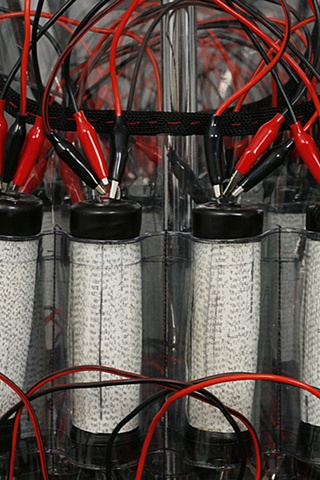 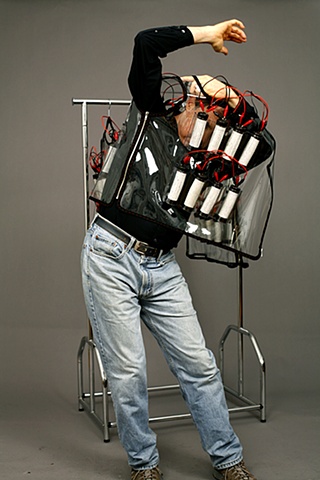 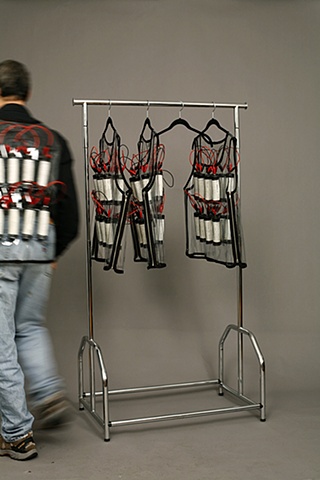 Knowledge is not simply another commodity. On the contrary, knowledge is never used up. It increases by diffusion and grows by dispersion. –Daniel J. Boorstin

Knowledge is a kind of investiture. Sixty-four altered volumes of the Encyclopedia Britannica become a new kind of loaded but undetonated World Book. Inserted as cylindrical cartridges into vinyl slots in four contraptions that resemble home-made suicide jackets, these remade pages fuel latent weapons of awe rather than shock, of sublimity rather than terror, as they await-- in the open secret of the multiple public closet--the explosive force of their wisdom rather than prejudice. Whereas suicide bombers use their bodies as weapons, here the implied reader would become the conduit of a textual dissemination, divested of aggression, burst open anew to the world.