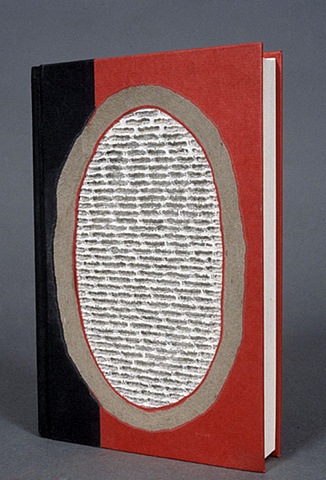 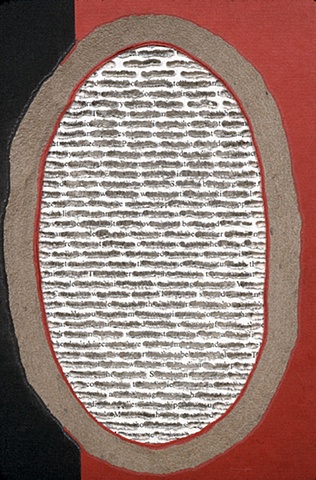 This work is formed from two texts. A novel about politics and power by John H. Taylor, Patterns of Abuse, is the actual book whose binding you see and whose cover and pages have been hollowed out in the shape of a bowl. This redaction is not evident, however, as a single altered page of Bob Woodward’s Veil: The Secret Wars of the CIA, has been slipped in just underneath the gouged-out cover, thus veiling the inner world of Taylor’s book. Of course, the altered Woodward page itself, with most of the print drilled out, resembles a classified document with censored text and alludes to the way in which abuse perpetuates itself, becoming habitual and recurrent.