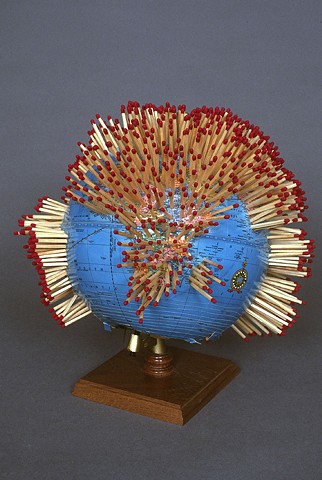 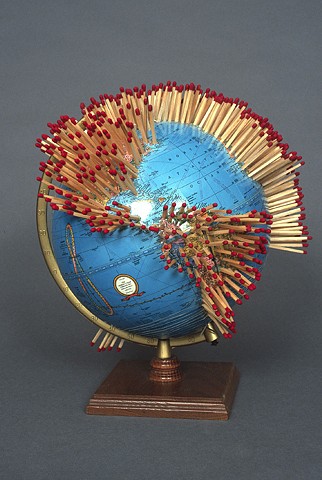 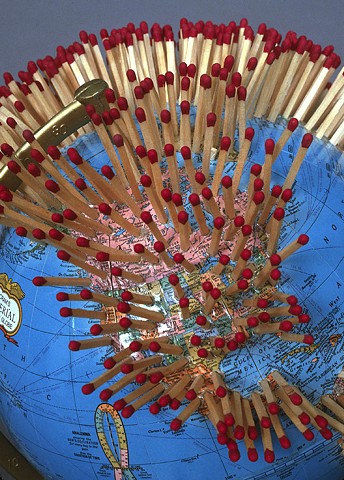 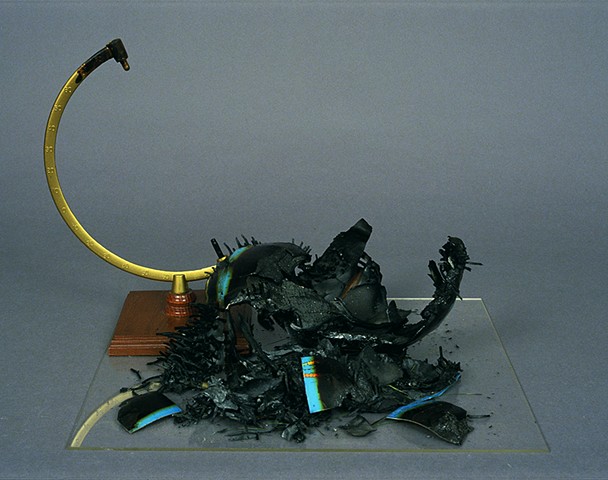 First Strike alludes to the prioritized nuclear attack of one country attacking another. First Strike also references the striking of a match or the swiping of sulfur against a course surface commonly seen on the side of a box of wooden matches to ignite them.

The piece entitled, First Strike was first made and burned in 2003/04. It exits today as a pile of black embers contained in a mason jar. First Strike (2003/04) was recorded with both still and video images as the matches and globe burned to a heap of ashes.