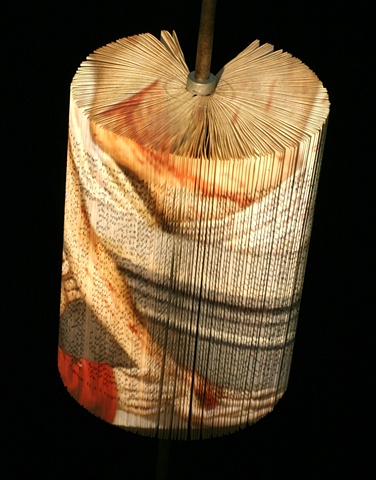 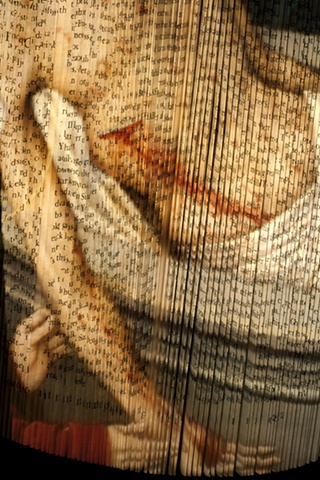 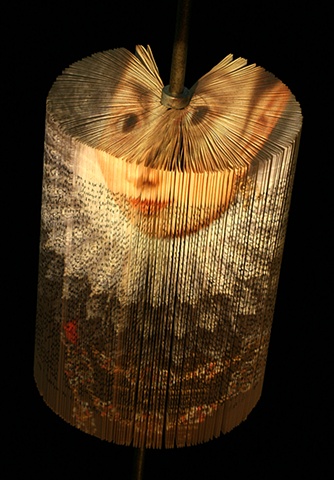 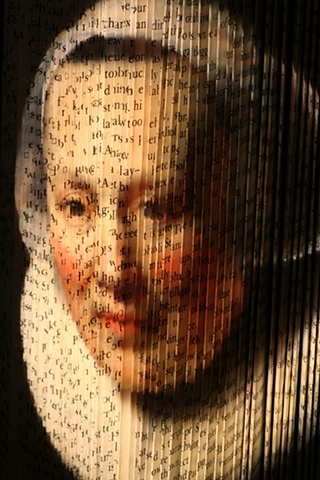 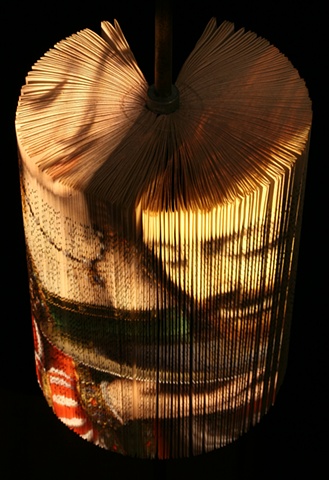 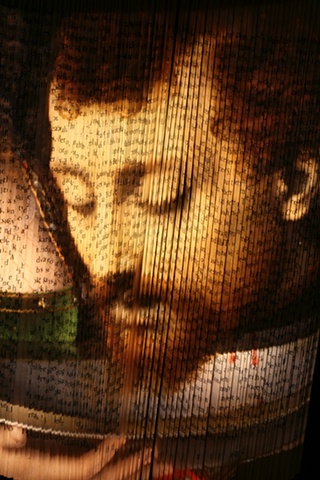 In contrast to the Saints series, where projected images from medieval paintings are intercepted by live models, in the Performance series, the same projected images are intercepted by a bookwork whose folded, cylindrical pages and hieroglyphic-like text form the screen. The fusion of the text and painting is a synthesis of word and image; one reinforces and merges with the other; there is no hierarchy between name and form. In one image, blood oozing from a bodily wound commingles with a torrent of letter fragments that cascade together over Christ’s torso. The vertical edges of the folded pages appear like deep cuts or gashes, as if Christ’s form has been repetitively sliced with a sharp knife. The boundary between corporeal and spiritual is blurred; “the Word” seems to gain life even as the flesh dies. In another image, the folds of the book pages not only reiterate and magnify the ruching of the woman’s collar but also seem to embody the woman herself, as if she comes in and out of existence depending upon whether the book is opened or closed.