Mixed Media > Blast: If You See Something, Say Something 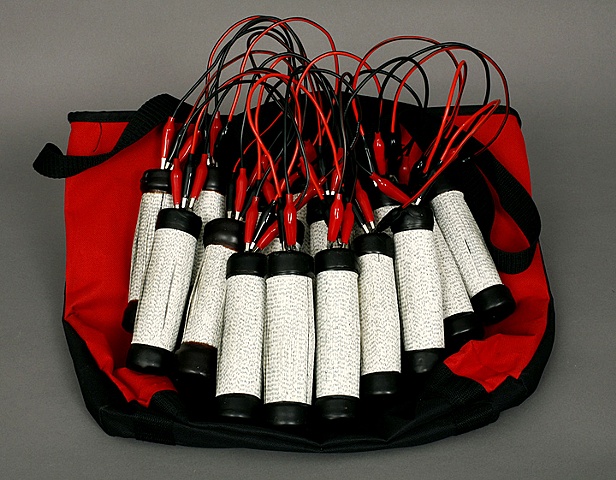 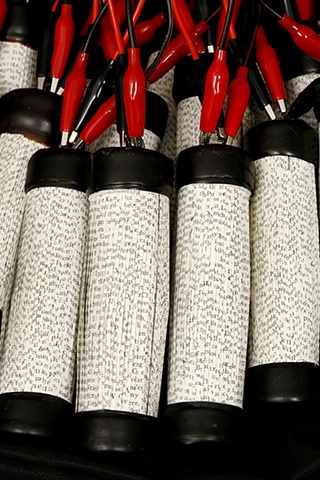 Anyone who has ridden a New York City subway post-911 has heard the frequent broadcast warnings: “If you see something, say something!” or “Backpacks will be inspected!” This work, which alludes to both cautionary announcements, consists of sixteen altered volumes of an Encyclopedia Britannica. Brown wax seals the top and bottom of the cylindrical books, with black and red connective wires clamping onto metal hooks embedded in the top of each cylinder, calling to mind an improvised explosive device. However, this IED is antithetical to those homemade weapons, which aim to destroy life. When these altered books metaphorically discharge, the tomes imaginatively burst into streams of knowledge, which strike everyone in the target zone with either wisdom or propaganda. The artwork does not actually explode, but it certainly appears dangerous. As Francis Bacon said, "Knowledge is power."