Again and Again utilizes David Douglas Duncan’s book of black-and-white photographs of the infamous Democratic and Republican presidential conventions of 1968. The pages have been sliced into one-inch strips that are stacked on top of one another and flattened into a sine wave that resembles a barcode. The individual strips, taped together, create a perpetual replay of the abstracted content from Duncan’s photographs. Metaphorically, the prolonged optical pattern of staccato-like pages mirrors the diatribe and “stump” speeches by politicians on both sides, truncating their polemic in the same way candidates manipulate the intended meaning of their opponents, reducing them (in the original sense of the campaign term) to mere stumps. The electioneering trail can seem marked by a hacking away of tree forms rather than a coherent political “platform.” 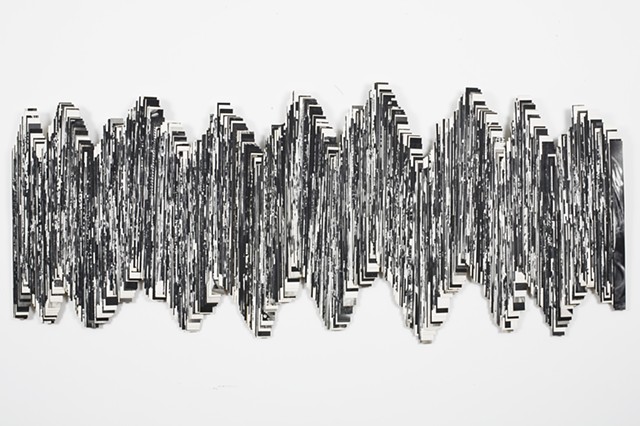