The original book is Leonard Blum's compendium of Hollywood Movie Stars, which have been sliced into half-inch strips and fanned out into a sine wave pattern. The black, white and gray striations of tone are thumbnail photographs, a fraction of the picture reproduced in Blum’s book. These are quick film clips of famous actors speeding by, nothing is seem or known about them. Like a paparazzi skimming the surface of portraiture, merely capturing their recognizable head shot, the striations of syncopated lines elude the viewer’s attention. The screen is both a means of hiding the depth of an actor’s humanness as well as the cinematic screen that individual frames from a film are projected onto at twenty-four frames per second; a fleeting glimpse of unrealized images. 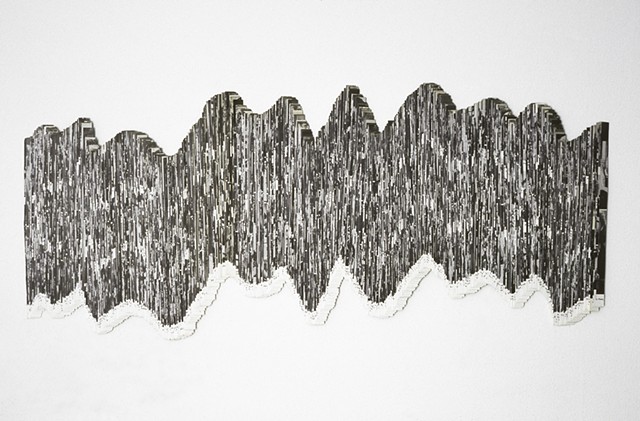