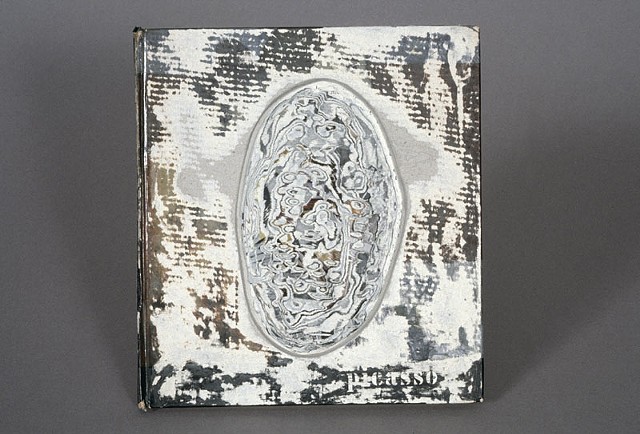 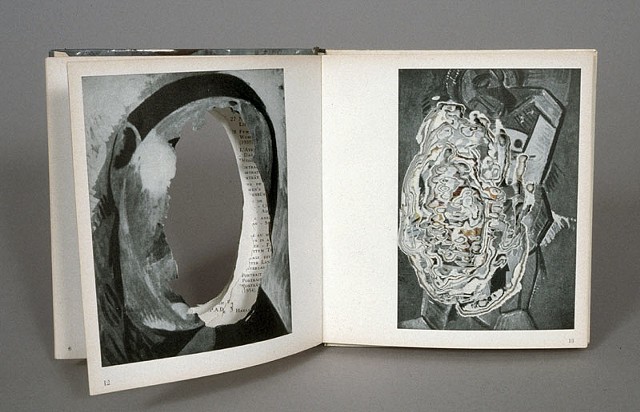 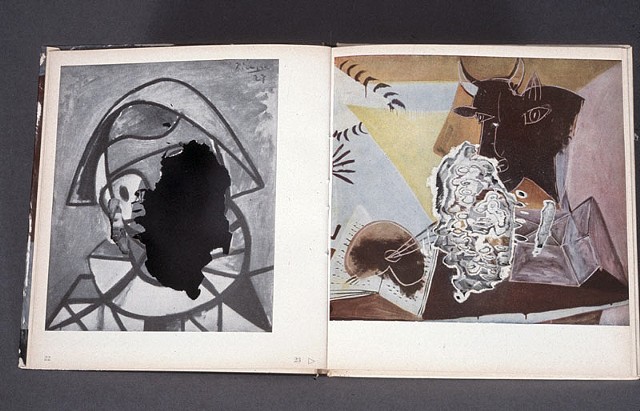 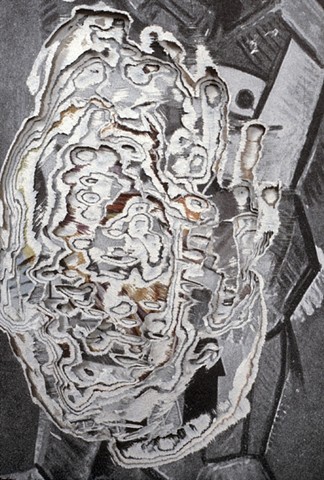 Cubist painters such as Pablo Picasso set about to problematize the representation of three-dimensional space on the canvas’s two-dimensional plane by experimenting with the lines and angles of their images. The act of taking my high-speed grinder to a book on Picasso’s art is at once a playful and serious critique of Cubism, as the paper’s fragility with its millimeter thickness of printed inks on the surface is easily effaced through such intervention. The abrasive markings interrupt the reproductions and thus further abstract the abstractions, thereby disorienting, even more, the viewer of these cubist reproductions. The square angles implied in cubist forms are suddenly swirling in curves, as if the original images were washing away in eddying currents.